In 1949, the first major step towards establishing a permanent agricultural research facility in Ft. Pierce was marked by the signing of a renewable lease by St. Lucie County with the State Board of Education, making the 80-acre site available to research scientists based at the Lake Alfred Citrus Experiment Station.

When a severe blight epidemic destroyed thousands of acres of Indian River tomatoes in 1948-49, growers and UF/IFAS Extension faculty recognized the need for research on vegetables at the laboratory. As a result, the second major step toward establishing a permanent research facility in the Indian River area occurred when the North St. Lucie River Drainage District agreed to donate 720 acres of agricultural land adjoining the original 80 acres leased from St. Lucie County.

This valuable land transaction, completed in November 1951, provided space for expanding research into other commodity areas, such as vegetables and pastures. At that time, these two research programs were administered by the Indian River Field Laboratory -- "established to serve the research needs of Florida with special emphasis on a five-county area comprising Brevard, Indian River, Martin, Okeechobee, and St. Lucie counties."

The next major event in the facility's development was construction of a $62,000 air-conditioned office/laboratory building in 1960. This was added to the existing $20,000 greenhouse-laboratory building and helped provide working space for the entire staff. In 1984, the laboratory, together with other similar UF/IFAS facilities, was renamed the Agricultural Research and Education Center. This designation was changed to Indian River Research and Education Center in 1995.

In 1988 the Center's O. C. Minton Hall -- a $1.2 million, 10,000 square foot office/laboratory building -- was dedicated. The Hall was named in honor of O. C. Minton, who played a key role in the donation of 720 acres of land to the research facility in 1949. He was one of the area's most prominent citrus growers and community leaders. Throughout its history, the Center's faculty have provided a vast amount of research data and educational information to growers, particularly at the annual Indian River Citrus Seminar with the help of various industry sponsors.

Faculty from the Ft. Pierce center work with industry representatives to present timely and informative programs at the seminar which also started in 1947. In 1998, in cooperation with the Indian River Community College in Ft. Pierce and the Florida Atlantic University, the Center added a formal teaching program to accommodate the educational needs of local and area students.

Throughout the first decade of the new century, the number of IRREC graduate students increased and a shift to online education influenced the time and place where students attend courses. As a result, UF students now enroll in master's and doctoral programs with UF in Gainesville. The center serves as a location for graduate students to pursue the research theses of their degree programs.

In 2001, the Center's addition to O. C. Minton Hall -- a $3.7 million, 19,700 square foot classroom/teaching laboratory addition -- was dedicated. The teaching addition includes a large auditorium, classrooms, laboratories, offices, snack room, and a library. Today, the Center continues to provide the high quality research and education the community has come to expect from the University of Florida/IFAS. 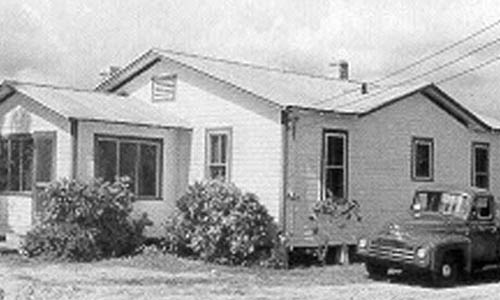 From the IRREC Historical Archives